11 months ago
by Staff Contributor

Every month we compile a list of students and schools doing great things across the Greater Mobile.  We have so many talented students in our area.  Mobile Bay Parents joins with these families and schools to celebrate their achievements!

The school was one of 30 recognized statewide. Eight of these schools will be named CLAS Banner Schools in May. The CLAS Banner School and School of Distinction awards were created to identify, recognize and publicize schools with outstanding educational programs that serve as models for schools across the state. 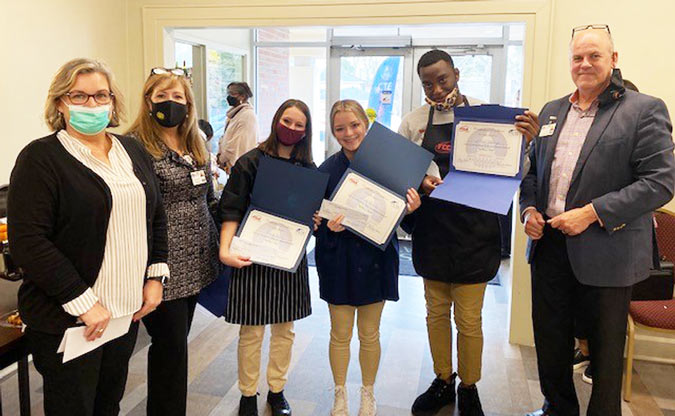 St. Dominic Catholic School first graders had so much fun on Twosday, 2-22-22. They made a time capsule to open on 3-3-33! They learned about Noah’s Ark, ate animal crackers in pairs, wrote about being an animal on Noah’s Ark, and made a 2’s day crown.

Each year the 4th grade Impalas take a field trip to Montgomery to visit several historical sites including the first White House, the Alabama State House, Old Alabama Town, the Alabama State Capitol and take a tour of the Dexter Civil Rights Memorial Center. This year the Impalas were able to go during Black History Month. It was a wonderful day learning about our nation’s history that happened in our own backyard. Since our current 5th grade Impalas didn’t get to go last year they were included in this annual trip. 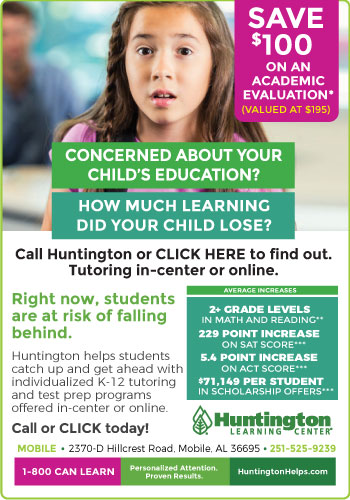 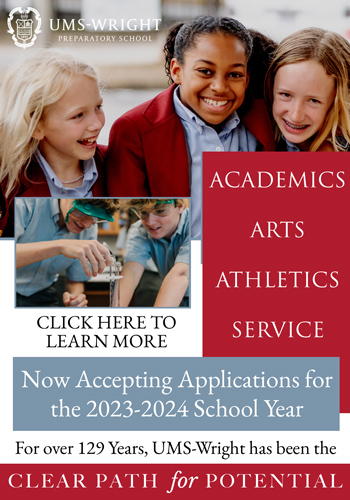 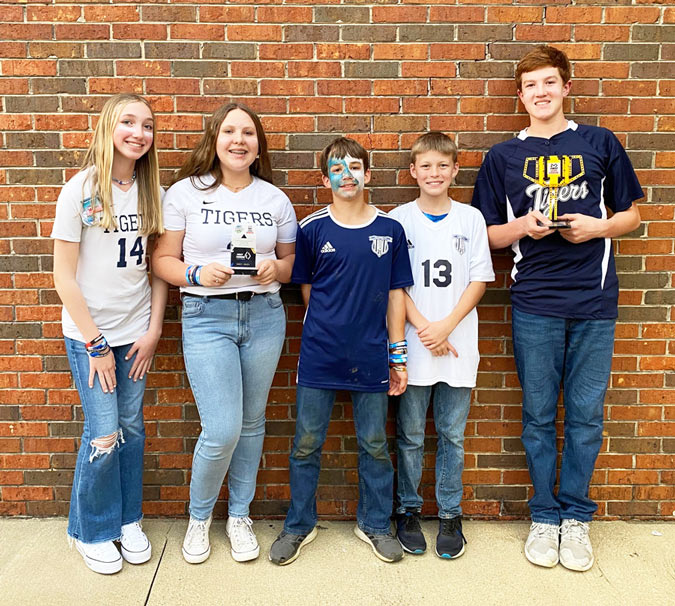 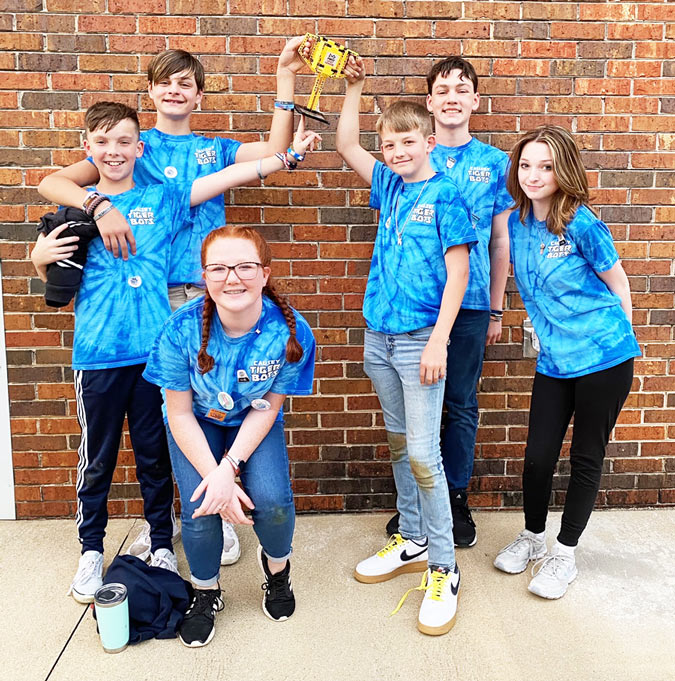 St. Dominic Catholic School parents, grandparents and friends joined together to host a walking Mardi Gras parade for the students complete with costumes, throws, and music provided by the band.  This is an annual tradition our students look forward to each year.

Faith Academy had 21 students participate in the Alabama Vocal Association’s solo and ensemble. We had 13 soloists and 4 ensembles earn superior and excellent ratings. Congratulations, students on all your hard work!

The teachers and students at CHCA loved celebrating TWOsday! Such a special day in our history deserves some special celebration. It is always a blast to celebrate special times such as this with the students! 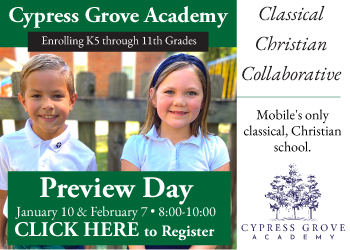 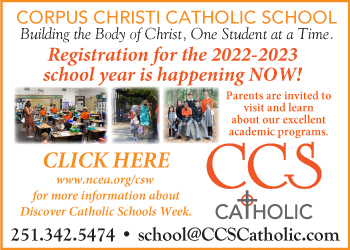 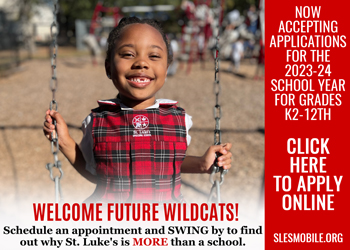 I “MUSTACHE” you a question! Our Faith Academy K3 babies really enjoyed learning the letter M!

Black History came alive at Little Flower Catholic School as students learned about Black heroes who did so much to promote justice for all.  Combining art with study and presentations gave students a greater appreciation for Black historic figures.

St. Luke’s Biomedical Science Classes recently hosted their annual LifeSouth Blood Drive and helped supply 135 pints of blood to help with the emergency shortage. That is up to 405 lives that were saved! 135 pints is a new school record and we couldn’t be prouder of our students, families and community! Our Biomedical Science students did a great job of getting the word out and helping with sanitization and providing snacks for all who attended!

St. Mary Catholic, "Oh the Places You Will Go!"

St. Mary Catholic celebrated Dr. Seuss’s birthday with the theme, “Oh the Places You Will Go!” where students dressed as the future professionals and citizens they dream of being one day. Pictured are students from Kathy Ross’s class. 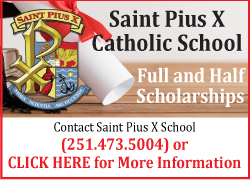 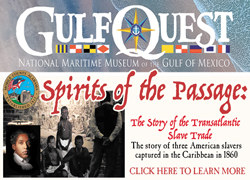 Hail to PreK4 Royalty, Prince Harrison Jackson, and Princess Anna King! St. Mary kicked off Mardi Gras in a big way with the annual Preschool Mardi Gras Parade! The day was complete with homemade floats, plenty of throws for all St. Mary students and their families, all with the background of the season’s sounds from St. Mary’s McGill-Toolen Prep Band!

St. Dominic Catholic School third grade students did great work on their life cycles of frogs and butterflies. They love science and exploring the world around them.

St. Mary Catholic School 7th and 8th grade students represented their school in the Mobile Carnival Association Floral Parade on Saturday, February 26, and Lundi Gras, February 28 of Mardi Grad weekend.  After a year hiatus, St. Mary students made up for lost time with fun and throws for all!

Congratulations to the Davidson Girls Basketball team for making it to the Final Four! After defeating Daphne at regionals, the Lady Warriors fell to Hoover in the state semi-finals. We are so proud of their success this season.

(Back row, left to right): Coach Darryl Brooks has been an assistant for the past 12 years at DHS. Awa Diouf is a junior and power forward. She is also a forward and goalie for the DHS soccer team, and she competes in the long jump and hurdles for the DHS track team.  Re’Shaun Spencer, a senior, played shooting guard. She has committed to play for Coastal in Bay Minette next year.

Cylah Chatman is a senior and played center. She will be attending Alabama A & M next year and plans to study child psychology. She also throws the shotput and discus for the DHS track team. Khaylyn Awler is in 11th grade and played shooting guard. She also competes with a traveling basketball league. Cristyle Mauldin, a junior, played forward. She recovered from an ACL injury this season and looks forward to competing next year.  Iyana Johnson is a senior who played center. She has committed to the University of South Alabama on a track and field scholarship and plans to study radiology.  Kelsey Thompson is a senior who played shooting guard. She made the All-Area team, as well as the All-Regional and All-State team. She has committed to play basketball at the University of South Alabama next year where she plans to study sports management.   Coach Charlie Shipp has been at Davidson High School for 23 years. He has won 18 area championships in his time here and holds a 535 – 181 record.

(Front row, left to right): Chiana Quinn is a junior and played shooting guard. She also competes on the DHS Volleyball team as a defensive specialist.

Deanasia McCall is a senior and plays guard. Morgan Barnett, a 10th grade student, played shooting guard and point guard. She also competes with traveling basketball league.  Mackenzie Brackett is a 9th grader who competed with the Varsity team when the JV season ended.

Jenice Adjessom is a sophomore who played point guard and shooting guard. She recovered from an ACL injury and looks forward to returning next season. 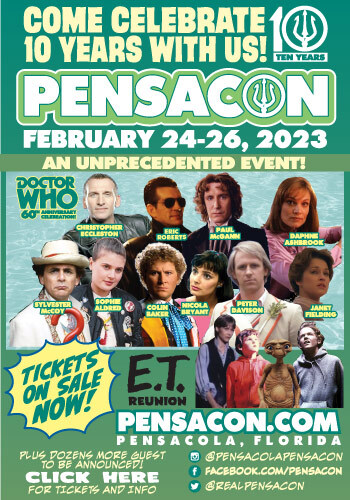 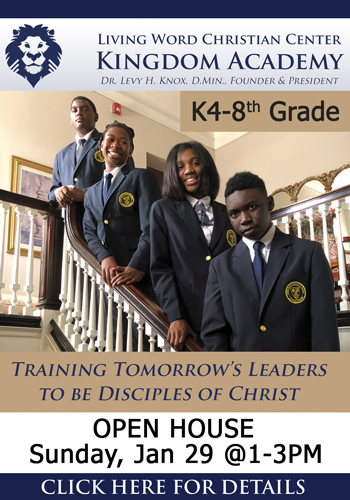 “Reading is a passport to countless adventures”. Fourth graders at Corpus Christi Catholic School love to take advantage of their cozy reading corner.

St. Mary Catholic School 7th graders served as ambassadors for St. Mary’s annual Media Munch held on St. Valentine’s Day. St. Mary is thankful for Mobile’s local media and city and church officials for their support of St. Mary and our Mobile community throughout the year! Pictured are students enjoying an educational visit with Mayor Sandy Stimpson on the workings of the City of Mobile.

The newly formed Chess Club at St. Pius X is now in full swing! Members meet weekly under the direction of moderator, Mrs. Christa Kuppersmith. The game of chess helps children realize the consequences for their actions, increases attention span and memory capacity, develops creativity and problem-solving skills and builds confidence all while having fun! We’re so excited for the opportunity to offer this intellectually stimulating game to our students.